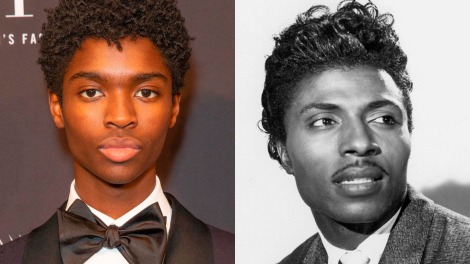 Deadline is exclusively reporting that newcomer Alton Mason has signed up to join the cast of Baz Luhrmann’s untitled Elvis Presley biopic, where he has been cast in the role of legendary musician Little Richard.

The biopic will delve into the complex dynamic between Elvis Presley and the enigmatic Colonel Tom Parker spanning over twenty years, from Presley’s rise to fame and his unprecedented stardom, against the backdrop of the evolving cultural landscape and loss of innocence in America. Central to that journey is one of the most significant and influential people in Elvis’s life, Priscilla Presley.

The film resumed production back in September after Tom Hanks tested positive for COVID-19 back in March, leading to production being shutdown for six months. Baz Luhrmann is directing from the screenplay he co-wrote with Craig Pearce, and will also serve as producer alongside Catherine Martin, Gail Berman, Patrick McCormick and Schuyler Weiss, with Andrew Mittman serving as executive producer.

The untitled Elvis Presley biopic is currently scheduled for cinematic release in the US on November 2021.