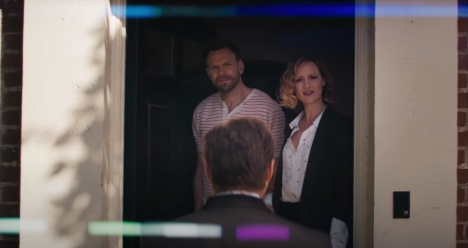 Paramount and Saban Films have released the official trailer for the upcoming dark comedy-thriller Happily.

The film focuses on Tom and Janet, who have been happily married for years. But a visit from a mysterious stranger leads to a dead body, a lot of questions, and a tense couples’ trip with friends who may not actually be friends at all.

Happily is scheduled for cinematic release and become available On Demand on 19th March 2021.