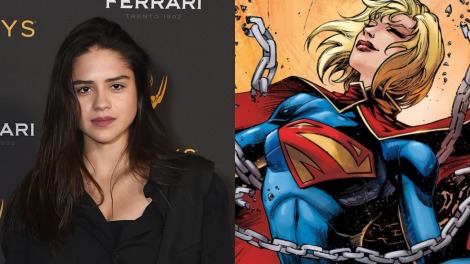 The Flash director, Any Muschietti, released a video on instagram breaking the news to actress Sasha Calle that she has been cast in the role of Supergirl and will appear in the upcoming Flash film at Warner Bros.

Deadline exclusively reported on the process in which led to Sasha Calle (whose credits include The Young and The Restless and Final Stop) being cast in the role, as she had to compete with more than four-hundred-and-twenty-five actresses who auditioned. Director Andy Muschietti watched all the auditions and sources tell Deadline that he, along with DC Films head Walter Hamada and the producers, were blown away by Sasha’s toughness and vulnerability that she brought to the role.

I saw more than four hundred auditions. The talent pool was truly amazing and it was very hard to make a decision, but we finally found an actress who was destined to play this role.

The report also states that the actresses weren’t informed of the part they were reading for until very late in the process. Sasha Calle also did a chemistry read with Ezra Miller. The news definitely surprised me as I believed, like the Batgirl character, Warner Bros. had shelved the character after they were initially developing a solo project on Supergirl back in 2018 and then went through radio silence. I am curious as to how much screentime Supergirl will get in The Flash film.

The Flash is currently scheduled for cinematic release on 3rd June 2022.

3 responses to “The Flash: Sasha Calle Cast As Supergirl For DC Film At Warner Bros.”