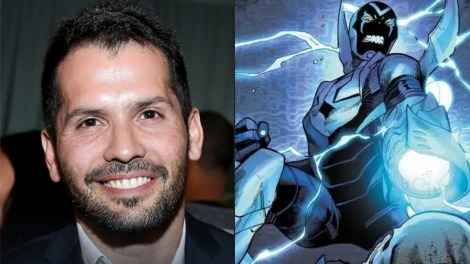 TheWrap is exclusively reporting that Angel Manuel Soto has been attached to direct the DC film Blue Beetle at Warner Bros.

The Blue Beetle character debut in DC Comics back in 1939, where Blue Beetle’s powers are derived from a sacred scarab. There has been three characters in the comics that have been Blue Beetle and the film will focus on Jamie Reyes, who made his first appearance in 2006. Reyes discovered the Blue Beetle scarab on the way home from school, half-buried in a disused lot. The scarab would come to life and graft itself onto Jaime’s spine, providing him with a suit of extraterrestrial armour which can be modified to enhance his speed and strength, as well as to create weapons, wings and shields. Jaime Reyes was created by Keith Giffen, John Rogers and Cully Hamner.

It is an honour to direct Blue Beetle, the first Latino superhero film for DC. I want to sincerely thank everyone at Warner Bros. and DC for trusting me to bring Jaime Reyes to life. I can’t wait to make history together.

A feature focusing on Blue Beetle has been in development since the end of 2018 and it’s great news that the project has finally gained momentum, with the report from TheWrap also mentioning that the film is being eyed to commence production in the fall of 2021. The script for the film is written by Gareth Dunnet-Alcocer, with Zev Foreman serving as executive producer.