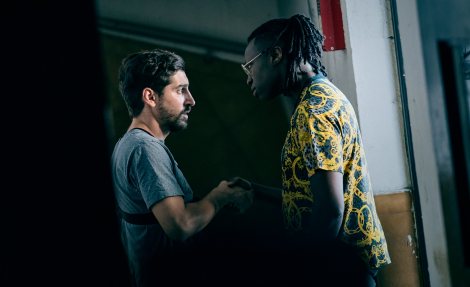 Franck, a music video director, infiltrates a rough neighbourhood in the South of France to film Tony, a charismatic but unpredictable drug gang leader wanting to break into the rap music scene. Using his camera to reveal the hidden, true face of drug dealing, Franck will get caught in a bloody gang war. A fast paced found footage thriller.

The series is written and directed by Nicolás López and Ange Basterga, will consist of ten episodes, and stars Abdramane Diakite, Mohamed Boudouh, Sébastien Houbani and Idir Azougli.

Dealer will become available on the streaming service on 10th March 2021.