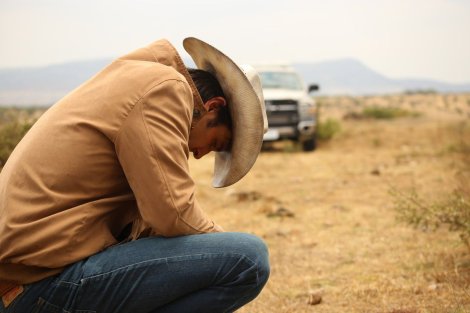 Variety is exclusively reporting that Signature Entertainment have acquired the UK rights for the western drama-thriller No Man’s Land.

Written by Jake Allyn and directed by Conor Allyn, No Man’s Land focuses on the story of father-and son Texas ranchers turned border patrol vigilantes, Bill and Jackson Greer, that are thrust into chaos after Jackson accidentally kills a Mexican immigrant boy. When Bill tries to take the blame for his son, Jackson flees south on horseback across the Rio Grande. Chased by Texas Rangers and Mexican federales, Jackson embarks on a pilgrimage to seek forgiveness from the dead boy’s vengeful father only to fall in love with the land he was taught to hate.

The film was released in the U.S by IFC Films on the 22nd January, opening on over 250 screens in the country, as well as entering at No.2 for new releases and No.3 for independent streaming films on iTunes.

I’m happy to see that we’ll be getting No Man’s Land quicker now with Signature Entertainment acquiring it, they’ve even already put a trailer and release date out for the thriller.