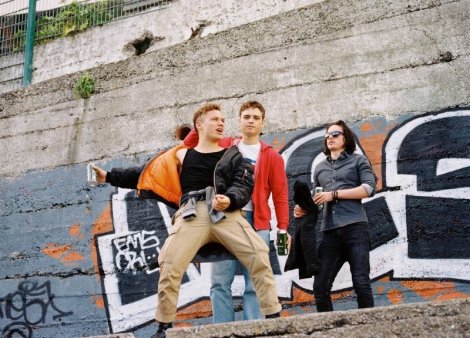 Signature Entertainment have released the official trailer for the Irish thriller Here Are The Young Men, based on Rob Doyle’s novel.

Dublin teenagers Matthew, nihilistic Rez, and the deranged Kearney, leave school to a social vacuum of drinking and drugs, falling into shocking acts of transgression that will irrevocably change their lives.

Here Are The Young Men will be available on demand on the 30th April and on DVD to own on 10th May 2021.