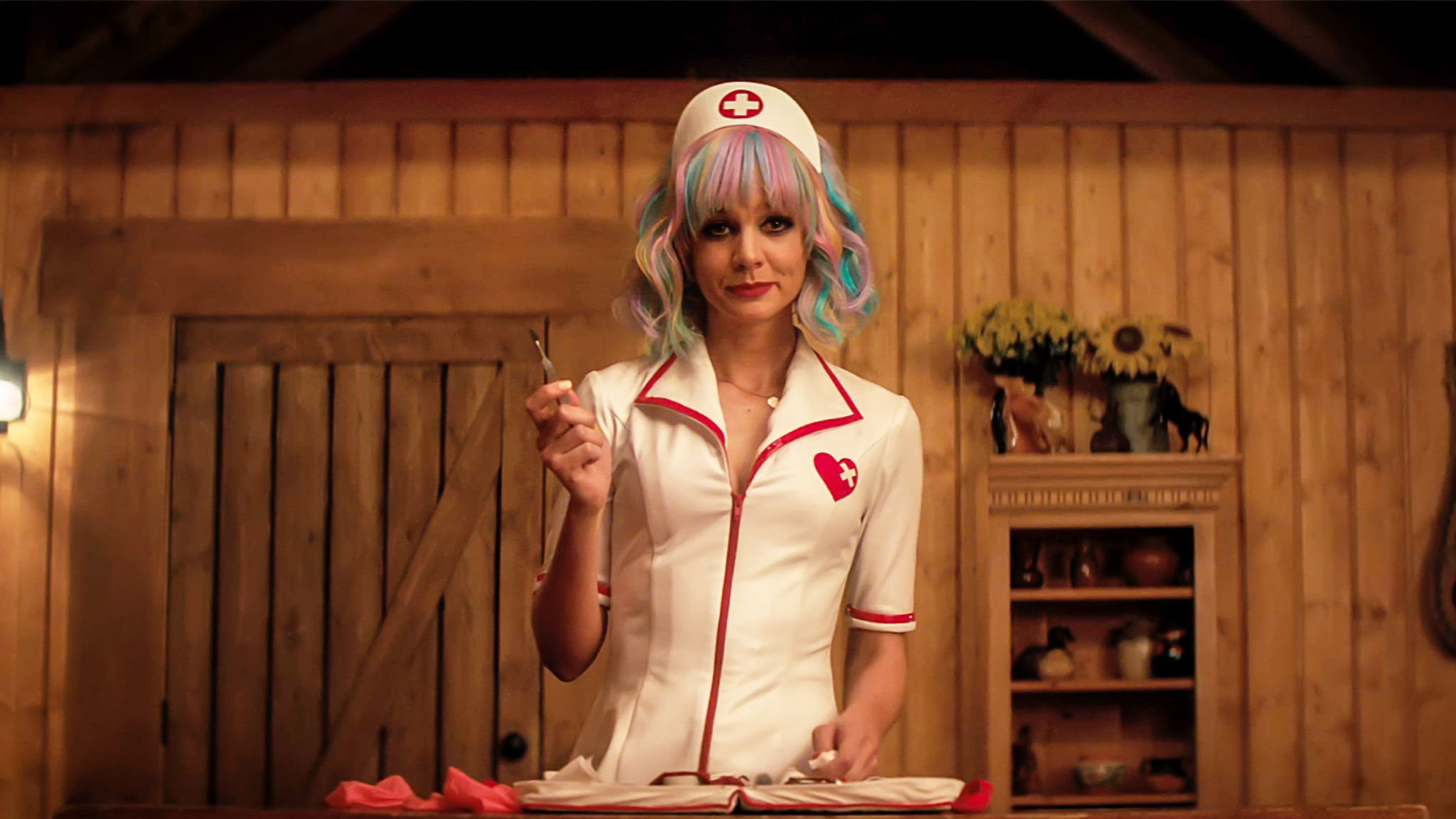 A young woman, traumatised by a tragic event in her past, seeks out vengeance against those who crossed her path.

Everyone said Cassie was a promising young woman… until a mysterious event abruptly derailed her future. But nothing in Cassie’s life is what it appears to be: she’s wickedly smart, tantalisingly cunning, and she’s living a secret double life by night. Now, an unexpected encounter is about to give Cassie a chance to right the wrongs of the past in this thrilling and wildly entertaining story.

Promising Young Woman is a dark, comedic thriller written and directed by Emerald Fennell, marking her directorial feature debut. The film focuses on Cassandra ‘Cassie’ Thomas, who works at a coffee shop, lives with her parents and spends every weekend going to bars/clubs pretending to be drunk and luring men that try to take advantage of her and confront them about their behaviour. As we learn of Cassie’s tragic past that leads her to living a secret double life, she encounters a former classmate and learns that the person behind the tragedy she’s suffered has returned to their hometown, leading her to confront people of her past and act revenge upon them.

This has easily been my most anticipated film for the last several months and while I seen the film through a virtual screening a few months ago (God bless film twitter), I decided to hold out on posting a review until it had its release in the UK/Ireland and now this morning, through NOW TV and Sky Cinema, Promising Young Woman is now available to watch. With the initial promotional materials for the film, you would believe that you were coming into the film to watch a standard revenge story, and you would think that too with the films effective opening sequence as Cassie is presumed to be completely drunk and is taken to a random man’s house (Jerry), until the moment she repeats herself in asking him, soberly, “What are you doing?” What we find through the rest of the film however is how grief has overwhelmed and consumed Cassie following the tragic death of her best friend. Rather than process it, in Cassie it has manifested into a so-called vigilante, as she goes out at night in an attempt to lure predatory men to take her back to their place and then when the moment is right, she switches from drunken playacting to sober interrogations against these self-proclaimed ‘nice guys’. Though rather than be an eye-for-an-eye type of revenge approach, Cassie instead uses this method to invoke these men’s own fear and shame for what they were about to it. We don’t know exactly if Cassie exacts any further punishment towards these men off-screen, or how long she has been doing this, though a colourful tally marking her exploits in a notebook indicate that she’s been doing this for a while. The film certainly stands out with its colour palette. Its use of bright colours made to pop on the screen, from the set decoration and production designs that have gone into creating the look of the coffee shop Cassie works at, as well as her room, to the outfits and type of makeup she wears over the course of the film as she edges closer and closer to confronting the man who sexually assaulted her best friend.

What I thought Fennell done well from a writing standpoint is how she subverted my expectations. Instead of Cassie exacting violent revenge like the standard revenge-thriller films that have come before it, she does everything psychologically, and she does so in a way that the audience won’t necessarily agree with and make them question whether we should truly like her or not. To be fair on that point, nobody comes out from the film looking good, highlighting how complicit people are in what happened to Cassie’s best friend, from her former classmates to even the Dean in one of the best scenes of the film. It’s been noted by many others who have seen the film and I’m echoing their thoughts that Carey Mulligan gives a career-best performance as Cassie, as she has you completely riveted to the screen with each target she encounters and she does a terrific job in finding the balance in a character who is so haunted by grieve, yet emotionally withdrawn. Bo Burnham gives a good performance as Ryan Cooper, a former classmate at Cassie’s medical school that engages in a relationship with Cassie, and their chemistry onscreen is really interesting to watch. I like the rest of the ensemble, but outside of Alfred Molina having a pivotal scene in the film, I felt that the likes of Jennifer Coolidge, Clancy Brown and Laverne Cox didn’t have much to do. Where the film faltered for me however was in its final act. It changes trajectory on what my expectations were and while I admire its boldness for swerving them, I couldn’t but feel dissatisfied by how the film concludes and was left lingering in my mind for hours afterwards. It is definitely a film that has and will continue to be divisive in regards to its conclusion, but that’s sometimes what good films do, everything is subjective.

Promising Young Woman is definitely going to be one of the most talked about directorial feature debuts for the next decade, with a terrific lead performance by Carey Mulligan. A good film with its conclusion stopping it from being a great film for me personally.