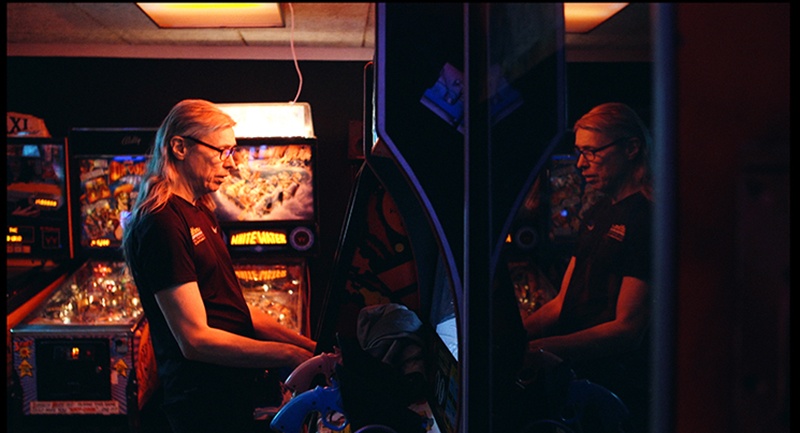 With help from his colourful friends, Kim Cannon Arm sets out to break the world record and do what no one has ever done before: play his favourite arcade game Gyruss for 100 hours…nonstop.

Unimposing to the average Joe, Kim Cannon Arm is a silent hero within the retro arcade-gaming world and especially within the constant bells and bright lights of Copenhagen’s Bip Bip Bar. With the hand-eye coordination of an athlete and sporting a very distinguished mullet, Kim is renowned for playing the 1980s arcade game Gyruss for 49 hours straight with just one coin. This time, he and the gang of friends who support each other through thick and thin aim to smash his previous record and play for 100 hours straight. Within this high-stakes journey of endurance is an affecting portrait of friends who are heroes to each other, but written-off by an unforgiving world. 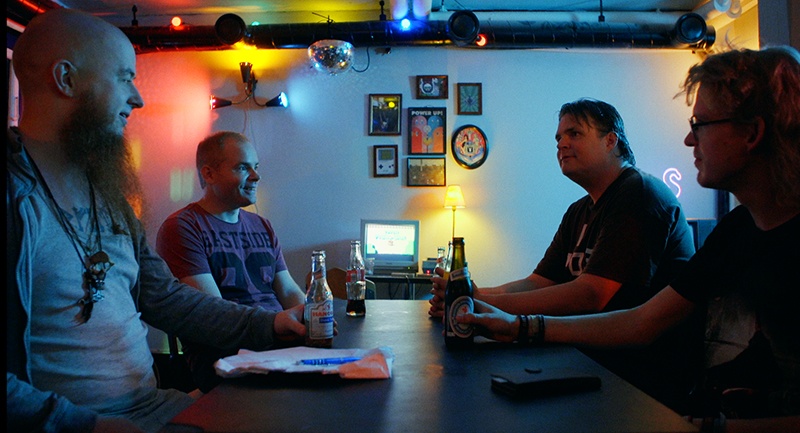 Cannon Arm and the Arcade Quest is a documentary directed by Mads Hedegaard that focuses on Kim Cannon Arm, a retro arcade-gamer that has earned a reputation amongst fellow gamers with his skills, particularly on the arcade game Gyruss. Being known within the arcade gaming community for playing Gyruss for forty-nine hours straight on just one coin, Kim aims big in looking to smash his personal and world record by playing Gyruss for one-hundred hours straight on just one coin. He won’t be doing it alone though as his friends (Carsten, Dyst, Svavar, Emil, Trier and Chrisstoffer) map out a strategy in order to help Kim achieve his goal.

Upon reading the premise of this documentary, some people will immediately question why a human being would go through such a daunting task? Some might even be instantly dismissive because they believe in that line of ‘video games are for kids’. Mads Hedegaard however handles the subject as if Kim Cannon Arm is an athlete and, if he does complete this goal, could would really argue against such endurance? The documentary will immediately draw comparisons with The King of Kong: A Fistful of Quarters, in how it brings audiences in to the arcade-gaming community and the records some of them attempt to break, but would serve a nice companion piece to serve as a double-bill alongside it. If you are familiar with A Fistful of Quarters, then you notice some familiar names and faces that appear in Cannon Arm and the Arcade Quest.

What makes this documentary interesting is Kim’s circle of friends who have come together to help Kim’s goal in their own ways, like how they can prepare him mentally, make him train on the game consistently till the Big Day, map out what foods he should eat and when to sleep etc., during his one-hundred-hour marathon. We even get a glimpse into how dangerous Kim’s attempt is as he gets a check-up with the doctor who breaks down potential issues that Kim will have to figure out a way of avoiding. As for Kim himself, he feels like a background character in his own story, as we follow the circle of friends aiding his quest, such as Dyst (holding the world record for the arcade game Puzzle Bobble, as well as being a poetry slam veteran) who makes a memorable impression during the course of the documentary. When it comes to Kim’s record attempt, it’s handled like it’s just a normal day in The Shed, no group’s are really hovering over his shoulder to see how he’s getting on, and at a certain point others are playing the arcade games around him. Even still, I found myself invested in Kim’s attempt and could definitely feel the friendship amongst the friends who come from different professions, walks of life, primarily for their love of gaming.

Cannon Arm and the Arcade Quest invites you in with Kim’s record attempt, but it’s hanging out with his friends at the Bip Bip Bar that makes you stay. An interesting and oddly charming documentary.