Years after a tragic shooting, the parents of both the victim and the perpetrator meet face-to-face.

The film focuses on a group of parents grappling with the aftermath of an unimaginable tragedy. Both families lost a son: one a victim, the other the gunman. In a tense meeting six years later, they attempt to make sense of what happened. 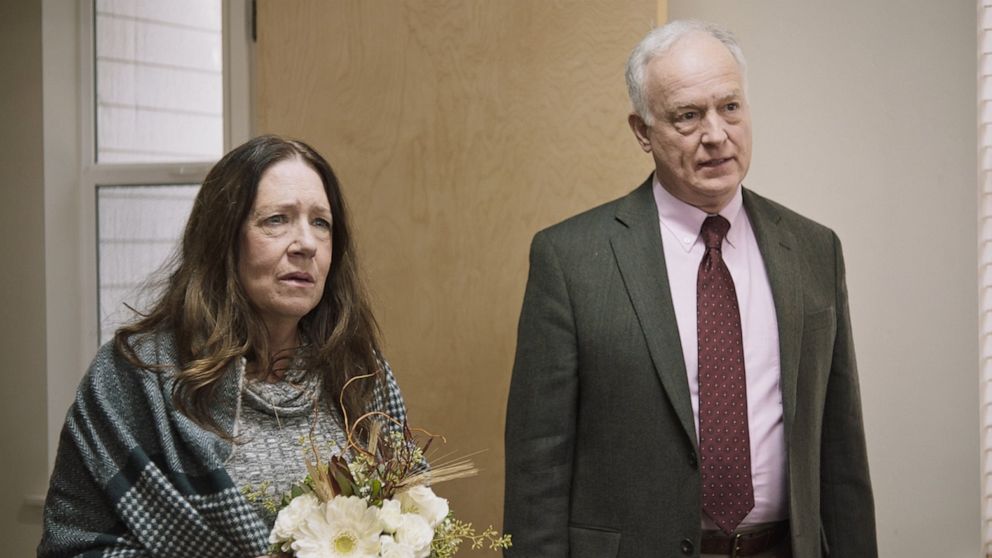 Mass is a drama written and directed by Fran Kranz, making his directorial debut. We open with a woman named Judy and a young boy named Anthony beginning to setup table and chairs in the room of a church for an important meeting that is to take place in a few hours. Another person named Kendra to make sure that everything is in order for the meeting. The meeting in question is that of Jay and Gail Perry, whose son was murdered in a school shooting six years ago, have agreed to meet Richard and Linda, the parents of the gunman. The two sets of parents finally sit down together in the same room in the hopes of talking about what happened, how it came to be and hopefully in some way find a sense of closure.

If the name Fran Kranz appears familiar to some of you, he has been acting for the last few decades on the small screen (from Dollhouse to Homecoming), the big screen (most notably as Marty in The Cabin In The Woods), and on Broadway (The Death of a Salesman and You Can’t Take It With You). Knowing the premise behind the film going in, you can immediately feel the tension in the air before the families even appear together on screen. While we follow Judy and Anthony setting up the room, it’s when Kendra appears and what feels like to anyone would be nit-picking, she’s making sure that everything within the room is not an item that could cause a trigger to the four people that are going to arrive and share this confined space. When Gail and Jay appear on the screen, we see hesitation from Gail in particular as she doubts that she can last for so long being in the same room as Linda and Richard. But when they do, the film had be completely hooked in from the moment they begin sharing family photos and their children’s heirloom’s, right through until the end and with a runtime of an hour and fifty minutes, that’s quite an accomplishment. The screenplay from Kranz doesn’t immediately go for the jugular on tackling the difficult subject matter of a mass school, specifically within a school, but like a pressure cooker you can feel it slowly starting to heat and when it inevitably boils over, you feel the weight of every word that’s delivered with anguish and conviction. While some other films would also reconstruct visually the act of the shooting itself, the film remains self-contained, going for the tell rather than show approach and, for me, I found it to be more effective that way.

The four performances from the main ensemble here are fantastic across the board and, obviously with its location and runtime, they all get their individual moments to shine. Jason Isaacs is fantastic as Jay, who at the beginning tries to convey calm when they sit down, but gradually when a few lines are said at the table, you can visually see it starting to eat at him until the point he can’t bear it no more and he lets the pain of his trauma out. The main plaudits will be shared between Martha Plimpton and Ann Dowd as the mothers, with Plimpton’s Gail struggling to find the key reason as to why the shooting happened, while Dowd’s Linda is clinging on to the memory of the boy she loved whilst the rest of the community will only remember him for this deed. While he may not get the same amount of plaudits as the other three, arguably because of the way the character of Richard can come off as cold yet measured, but I thought Reed Birney was also excellent in his role. The film could be a tough watch for some, while others could argue that the film is making sure that it goes through a checklist to make sure relevant topics regarding school shootings are brought up in the film, from violent video games to gun control, but for me I felt in order for this film to work the way that it did (for me) it needed to do that.