Bull mysteriously returns home after a ten year absence to seek revenge on those who double crossed him all those years ago. 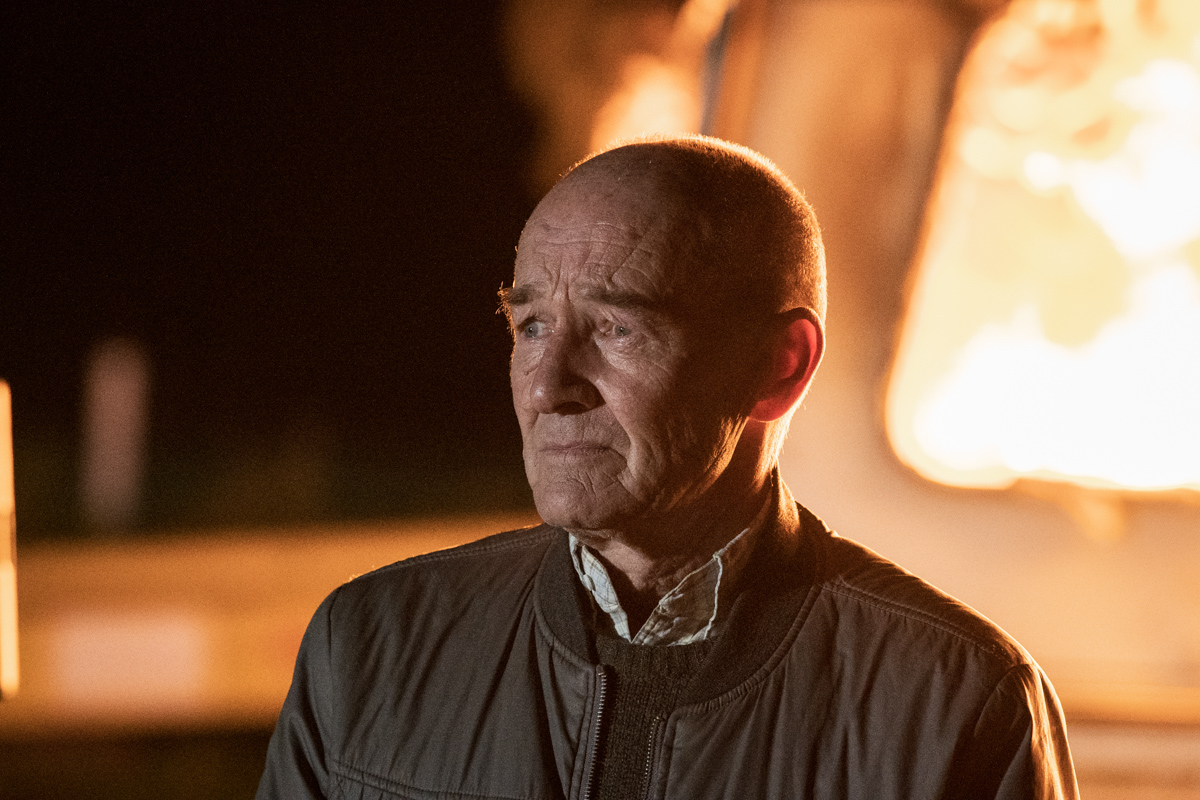 Bull mysteriously returns home after a 10 year absence to seek revenge on those who double crossed him all those years ago.

Bull is a revenge thriller written and directed by Paul Andrew Williams. The film focuses on former gang enforcer Bull, who after a ten-year absence, returns to his old haunts to find his missing son. He is a man possessed and no wonder; his ex-wife is a two-timing junkie and his father-in-law Norm is a psychopath gang boss whose firm have done Bull some serious wrongs. But Bull has dark secrets of his own as he seeks revenge on those who wronged him and will stop at nothing to get back at them whilst trying to find his son.

The film opens with an interesting sequence as we follow a driver’s POV as he picks up Bull, to drive him to a destination to perform a hit, but unbeknownst to the driver he’s made to deal with getting rid of the murder weapon. It’s the casualness of how Bull walks up and takes out the target that the audience is given a feel of what to expect, yet they might not be fully prepared for the violence that lies ahead. The film could easily be considered a hybrid of the meanness of Shane Meadows’ Dead Man Shoes and the realistic, graphic violence of Jeremy Saulnier’s films. The film has a snarling tone throughout, as not only do we witness how far Bull will go for any breadcrumb of information to know what has happened to his son Aidan and where he is, we also get provided backstory Bull’s life as the heavy for crime boss Norm.

What makes the films tone and bleakness work so well as it does is Neil Maskell’s portrayal as Bull. Maskell appears as an everyman, someone who loves to do what’s right by his boy and just get through life a day at a time. That face Immediately disappears when we witness his first act of violence and we see how terrifying an individual he really is. There’s a certain scene at an amusement park where we tries to get information from someone that may know his son’s whereabouts or how to get in contact with someone who will know and it is truly one of the most unsettling scenes I’ve seen this year and Maskell gives a truly terrific performance as Bull. In terms of the supporting cast, David Heyman gives a solid performance as Norm, the crime boss with the calm exterior who isn’t afraid to get his hands dirty.

I’m very intrigued about rewatching Bull whenever I get the chance. It’s a very well played-out revenge thriller, where a key question is left-dangling to the audience, which is then given to us in small doses in the build-up to explaining everything in the final few scenes and, admittedly, I wasn’t too sure how to feel about it, but since viewing it at BFI London Film Festival, I haven’t been able to stop thinking about it and certain scenes in the film. The film is well directed by Paul Andrew Williams, with some solid cinematography work by Ben Chads and Vanessa Whyte.

Bull is a well written and directed revenge thriller with an ending I admire more than love, but maybe on repeated viewing the film will work even moreso. Neil Maskell’s performance as the titular character is terrific.