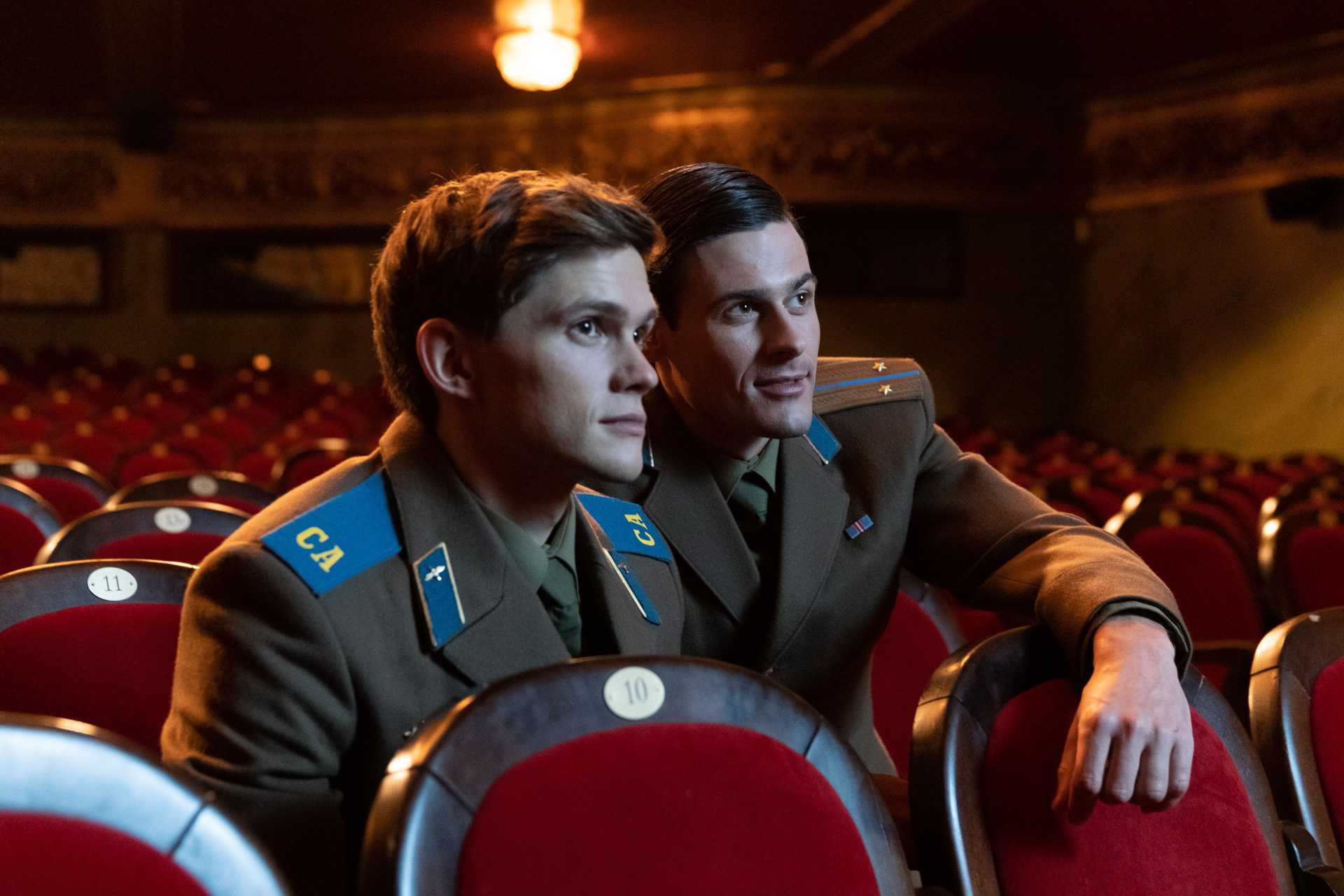 Based on Sergey Fetisov’s memoir The Story of Roman, the film is set against the backdrop of a Soviet Air Force base in Estonia during the late 70’s Communist rule. Sergey, a soulful, young soldier who dreams of becoming an actor in Moscow, is counting down the days until his military service ends. His life turns upside down when he locks eyes with Roman, an enigmatic ace fighter pilot newly assigned to his base. Driven by their undeniable attraction, Sergey and Roman navigate the precarious line between love and friendship at a time when Soviet men in uniform caught having a sexual affair were met with the severest punishment. As their friendship grows into love, the men risk their freedom and their lives to be together in the face of an all-seeing Soviet regime.

Peeter Rebane and Tom Prior’s film is both a gorgeous love story and a reminder of how lucky we are to live freely and openly, when at other times and in other places even today, others cannot. Tom Prior has created an unforgettable character in his portrayal of Sergey, a man whose desire to be true to himself should inspire us all.

This powerful story of one man’s journey influenced me personally having grown up in the USSR. A story as relevant today as it was almost 50 years ago, it is especially meaningful to share our core message – that love is love. We couldn’t be more thrilled to have Firebird in the incredible hands of the team at Roadside Attractions. They are passionate about independent film and highly skilled at delivering meaningful stories to audiences that move the needle on subjects and issues so relevant to the world we live in today.

I watched Firebird at last years BFI Flare and you can find the review here. According to IMDb, the film is scheduled for cinematic release in the UK on the 11th June 2022, while with this acquisition by Roadside Attractions, there’s been no official release date announced for the film. The film was co-written by star Tom Prior and director Peeter Rebane, with Brigita Rozenbrika, Christopher Racster, Orlan Boston and Dankuro Shinma producing, and Michael Edelstein and Mauro Durant executive producing.