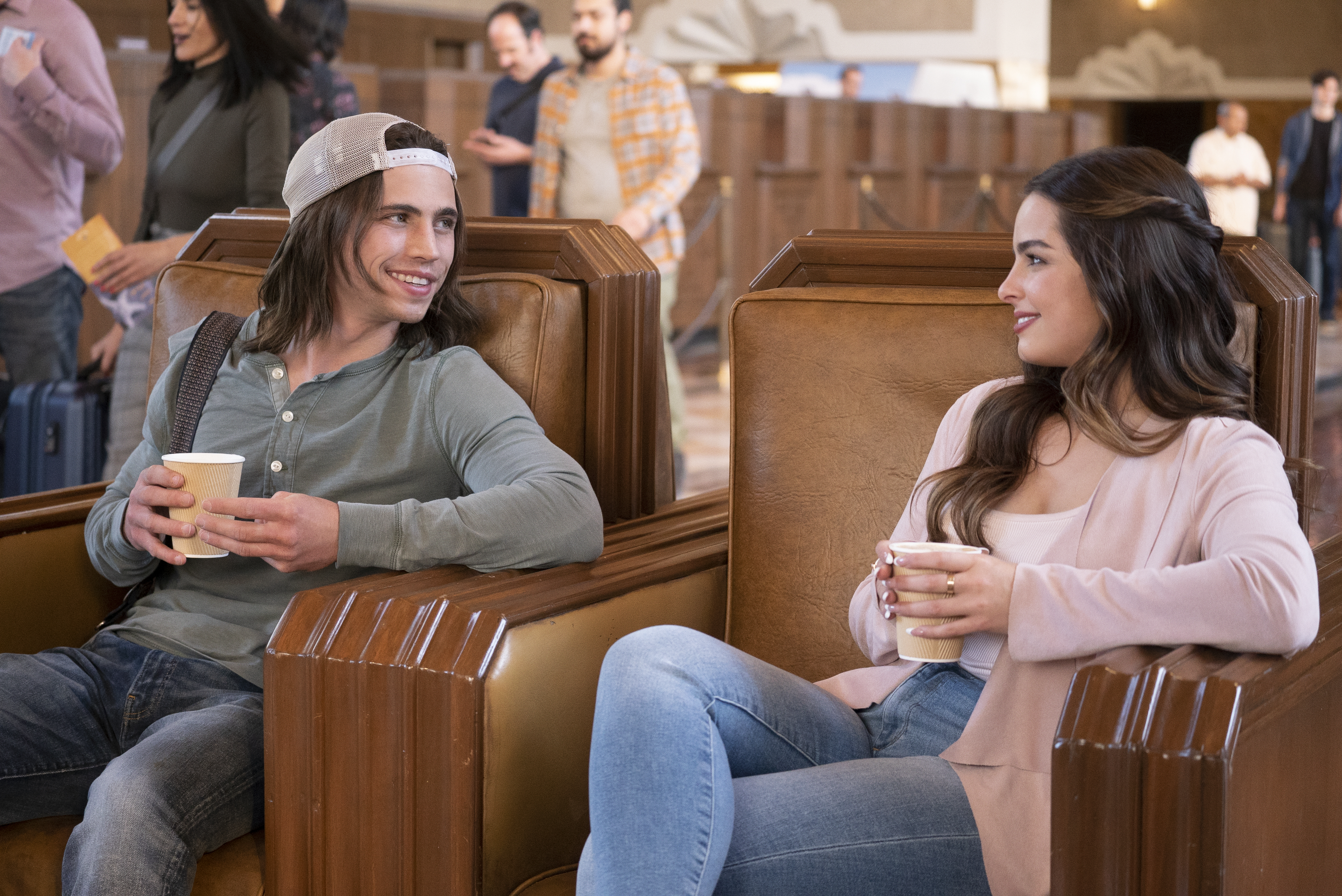 A teenage girl sets out to give a nebbish classmate the ultimate high school makeover.

Teen social media influencer Padgett’s humiliating on-camera breakup goes viral, leading her to make a risky bet to save her reputation: She swears she can turn scruffy antisocial Cameron into prom king material. But things get complicated when she finds herself falling for him. 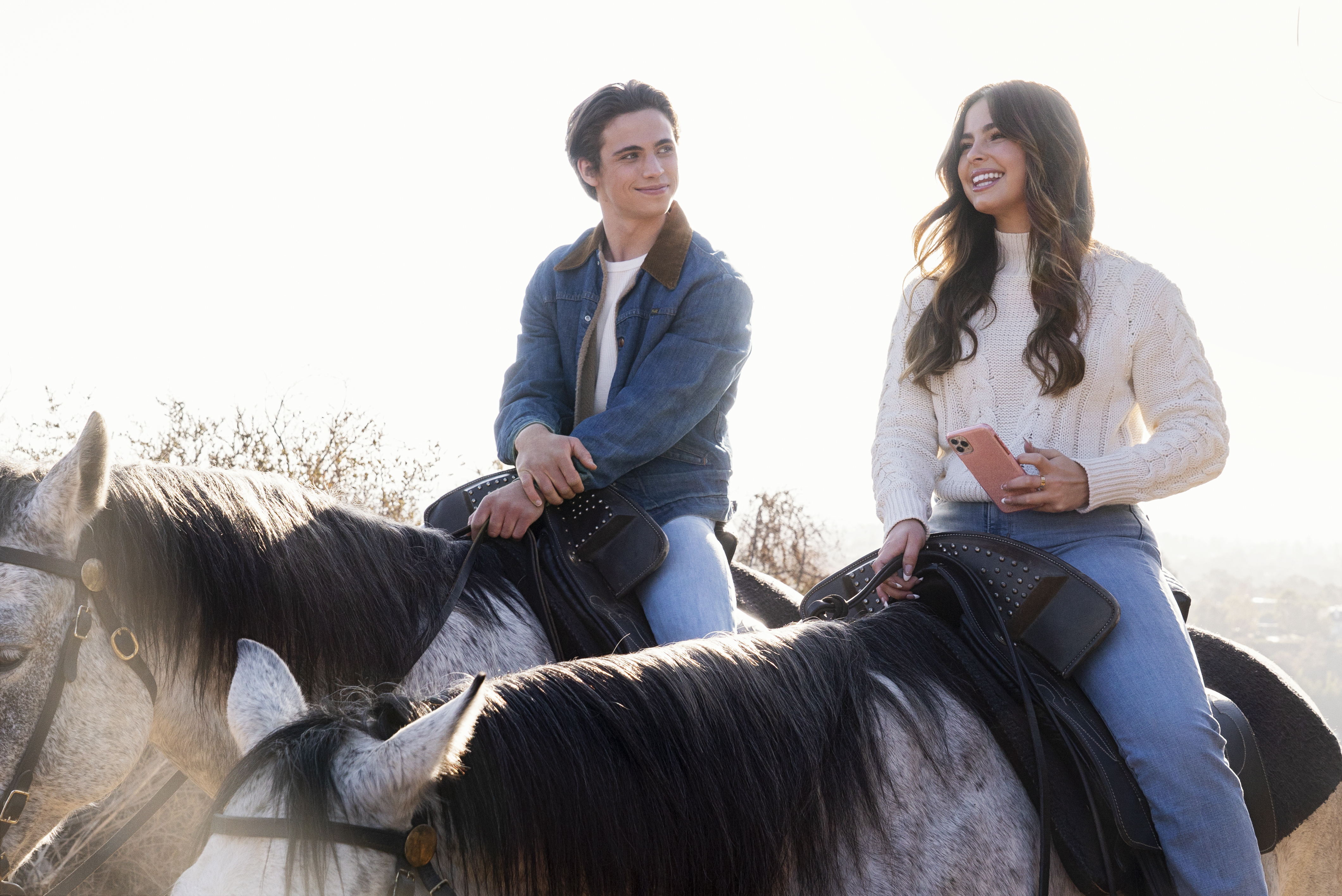 He’s All That is the gender-swapped remake of 1999’s She’s All That, with original screenwriter R. Lee Fleming Jr. returning to write the script and the film directed by Mark Waters. The film focuses on Padgett Sawyer, a social media influencer who is seemingly living the perfect life, doing great in school, surrounded by wealthy friends and is dating fellow student and rising popstar Jordan Van Draanen. Under the surface however, Padgett is really living in a rental home with her single mother nurse Anna, who is constantly overworking herself to make ends meet. Things for Padgett start to change however when she catches her Jordan cheating on her and it’s live-streamed. As she takes a sponsorship and following hit following her reaction, she comes up with a plan to regain her social and financial status: to find a student that’s a nobody and turn him into a somebody, becoming the prom king.

He’s All That is a film that had a lot of skeptical eyes on it since it was initially was in development, primarily due to casting Addison Rae in the lead role. I’m not familiar with Rae’s TikTok or or how many followers that she has, but it’s been clear to see in the lead-up to the films release the last week or two that there a few voices venting their opinion and frustrations about her taking a role from someone that’s been learning their craft and fighting for their big break. If Rae went through the same auditioning process as everyone else does when starting out, then I don’t see what the issue is. In terms of her performance, it’s a little green around certain scenes, as to be expected, but in some of the more quiet and straight-forward sequences between her and Tanner Buchanan having conversations be it in a stable or in a train station is where she’s at her best without being placed in scenes that supposedly play to her strengths or what she’s known for i.e. some signing and dance sequences. The cast in general do the best with the material they’re working with, such as Tanner Buchanan as Cameron, this films nerd into hunk arc, Isabella Crovetti as Cameron’s younger sister Brin, Madison Pettis as Padgett’s friend-turned-rival Alden, Myra Molloy as Padgett’s other friend Quinn, and Annie Jacob as Cameron’s friend Nisha. I think it says a lot about the film that my personal highlight was Matthew Lillard’s cameo as the principal, he has at best seven minutes of screentime yet steals the show for me.

However, as much as the ensemble try their best, the script is very weak and the overall direction and look of the film just feels so bland and cheap. There’s a dance-off number that’s meant to swerve as a nod to the 1999 film, yet the way the sequences is shot and edited, it absolutely doesn’t work, some people are throwing themselves into it yet some in the background just look like they would love to be anywhere else but there. The film tries to juggle a lot of stories in its hour and a half runtime, with an LGBTQ+ love story that is handled on a surface level yet once they get together, they just seemingly exist in the background other than to react to the main characters actions. There’s also Padgett trying to hide her true self from everyone else finding out, from her friends to her online followers, and there is indeed an attempt to place the message of it’s better put your true self out there to those around you rather than create a facade to make people adore you, but the film contradicts often in the lead-up to that message and even with the ending it feels like they themselves listened to the message but didn’t really hear it. The way the social media aspect was handled in the film felt to be in a way that how ‘old’ people (forty-plus) view it and how young children act in the social media age, it just feels so manufactured (including having Kourtney Kardashian playing the role of Padgett’s social media sponsor), and the film also contains the most blatant product placement I’ve seen since Marky Mark drinking a can of Bud Light in Transformers: The Last Knight. God bless Rachael Leigh Cook, she is absolutely wasted in her role too.

He’s All That has a game cast but the script and direction absolutely fail them.