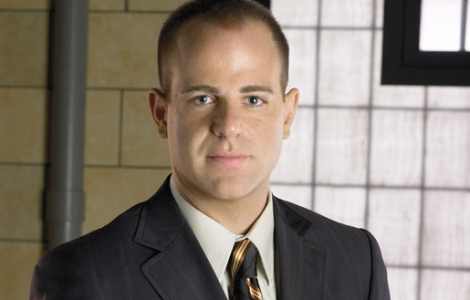 Deadline reports that another Prison Break original member, Paul Adelstein, has signed up to appear in the upcoming Prison Break event series on FOX.

rison Break, which ran between 2005-2009, will be back focusing on a new adventure featuring brothers Michael and Lincoln, played by Wentworth Miller and Dominic Purcell and this has been in development for a while (since August in fact) and has been greenlit for a nine-episode order.

The new series will pick up after Michael’s supposed death, with Sara having moved on with her life raising their child with her new husband. When clues begin to surface that Michael may be alive, Sara teams up with Lincoln to engineer the series’ biggest escape ever, as three of Fox River State Penitentiary’s most notorious escapees, T-Bag, C-Note and Sucre, are pulled back into the action.

Production is believed to begin next month in Vancouver.